Based on his recent book: How Dante Can Save Your Life: The Life Changing Wisdom of HIstory's Greatest Poem

Open to the public - Books will be available at the event

Rod Dreher is a senior editor at The American Conservative. He has written and edited for the New York Post, The Dallas Morning News, National Review, the South Florida Sun-Sentinel, the Washington Times, and the Baton Rouge Advocate. Rod’s commentary has been published in The Wall Street Journal, Commentary, the Weekly Standard, Beliefnet, and Real Simple, among other publications, and he has appeared on NPR, ABC News, CNN, Fox News, MSNBC, and the BBC. He lives in St. Francisville, Louisiana, with his wife Julie and their three children. He has also written two books, The Little Way of Ruthie Leming and Crunchy Cons. 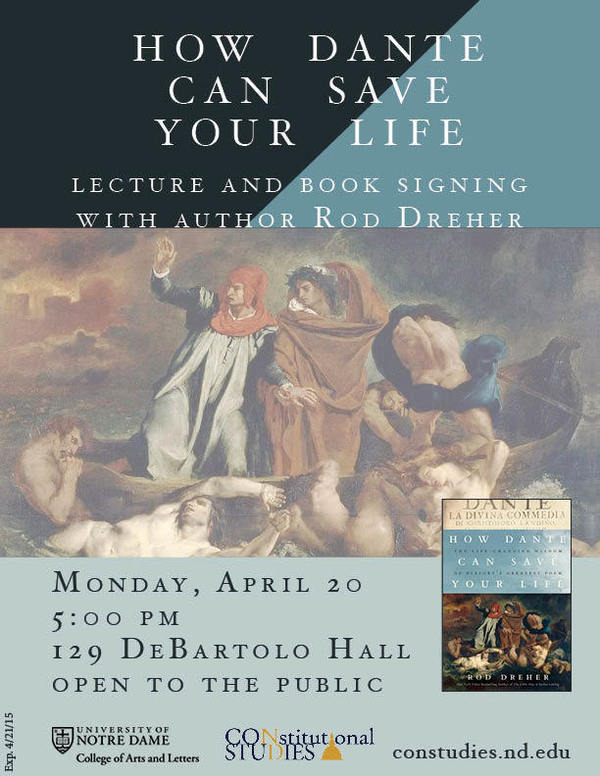