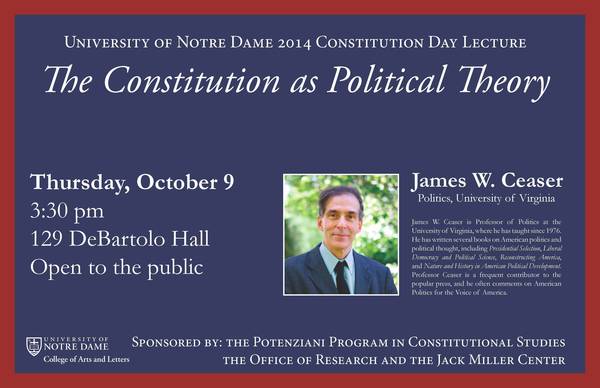 Professor James Ceaser is one of the nation's leading political scientists, and we have the privilege of hosting him for this year's official Constituion Day Lecture.  In honor of the occasion, Ceaser will deliver a talk titled "The Constitution as Political Theory."

The talk will take place on October 9, 2014, at 3:30 pm in Room 129 of DeBartolo Hall on the campus of the University of Notre Dame.  The lecture is open to the public.

Once again, this annual Constituion Day lecture is graciously sponsored by Notre Dame's Office of Research and the Jack Miller Center.