Our own Patrick Deneen will be speaking on themes from his recent book, Why Liberalism Failed.

Event is free and open to the public. Book signing to follow. 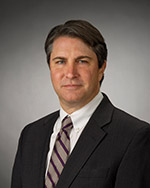 Patrick J. Deneen is an Associate Professor of Political Science and holds the David A. Potenziani Memorial Chair of Constitutional Studies at the University of Notre Dame.

In addition to academic work, he frequently writes for journals of opinion, including First Things, The American Conservative, The Weekly Standard, The Chronicle of Higher Education, and Modern Age. 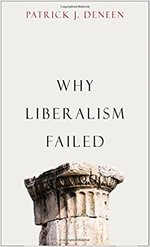 Press on Why Liberalism Failed:

"...the most electrifying book of cultural criticism published in some time, and it’s hard to imagine its radicalism being surpassed anytime soon." - Damon Linker, The Week

"Bracing. …Deneen comes as a Jeremiah to announce that Tocqueville’s fear that liberalism would eventually dissolve all [its] inheritances...may now be fully upon us." - Ross Douthat, The New York Times

"The best way to read Why Liberalism Failed is not as a funeral oration but as a call to action: up your game, or else." - Economist

Miss the Event? Watch the Recording