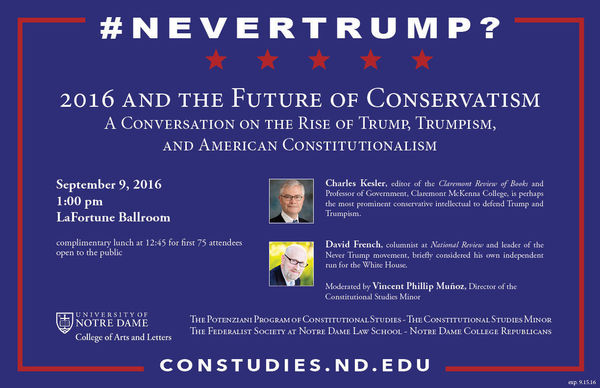 September 9, 2016 at 1:00 pm, LaFortune Ballroom at the University of Notre Dame

complimentary lunch at 12:45 for first 75 attendees
open to the public

Charles Kesler, editor of the Claremont Review of Books and Professor of Government, Claremont McKenna College, is perhaps the most prominent conservative intellectual to defend Trump and Trumpism.

David French, columnist at National Review and leader of the Never Trump movement, briefly considered his own independent run for the White House.