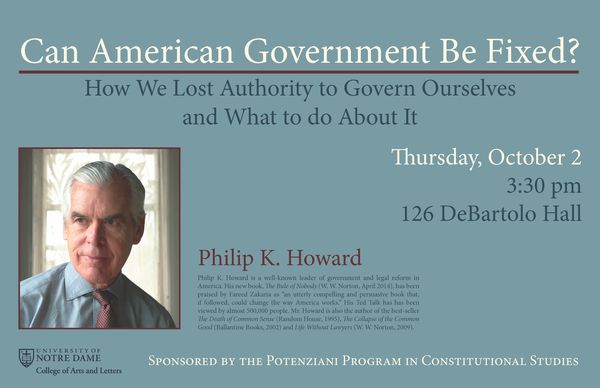 Lecture is open to the public

Philip K. Howard is a well-known leader of government and legal reform in America. His new book, The Rule of Nobody (W. W. Norton, April 2014), has been praised by Fareed Zakaria as “an utterly compelling and persuasive book that, if followed, could change the way America works.” His Ted Talk has has been viewed by almost 500,000 people. Mr. Howard is also the author of the best-seller The Death of Common Sense (Random House, 1995), The Collapse of the Common Good (Ballantine Books, 2002) and Life Without Lawyers (W. W. Norton, 2009).